You have no items in your shopping cart.

You have no items to compare.

News
Product was successfully added to your shopping cart. 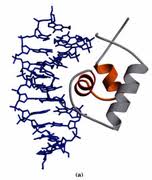 Molecular nutrition therapy, also known as orthomolecular medicine or corrective-cellular medicine, is based on the concept that the human body requires specific nutrients in a specific concentration in order to regulate the biochemical environment and maintain good health and prevent disease. Dr. Linus Pauling first developed the idea of orthomolecular medicine and since has been recognized by many other doctors as a new concept for medical therapy instead of treatment with toxic pharmaceutical drugs.

The term Orthomolecular Nutrition Therapy was first used in 1968 by Dr. Linus Pauling. "Ortho" in Latin means "right." He believed that the "right" nutrients in the "right" concentration could be the most legitimate therapy to fight chronic disease since they at least cannot cause harm to the body unlike pharmaceutical drugs, and if they can have a definitive positive effect, that is the best solution.

Based on the concept of orthomolecular medicine, nutrients such as vitamins, amino acids, minerals and fatty acids delivered to the body in adequate amounts can be used to correct biochemical abnormalities that lead to diseases such as atherosclerosis, cancer, schizophrenia, depression and many other diseases. In order to advance research in this area, Linus Pauling founded the Institute of Orthomolecular Medicine in 1973. In 1974, the institute was renamed the Linus Pauling Institute of Medical Science, now known as the Linus Pauling Institute.

In 1975 the United States Senate set up a "Special Committee on Nutrition." After two years of investigation, a report was published that contained more than 5000 references to orthomolecular medicine which grabbed the attention of the global medical community and shocked international pharmaceutical companies and scholars. The report wrote: "... modern chronic disease is caused by abnormal cellular metabolism and metabolic imbalance due to malnutrition. Obviously we have to take into account the nutrition of the 'cell' and 'metabolism' in human medicine."

Pauling pointed out that for nutrients other than chemical drugs, the relatively larger the dose the better the effect! For example, taking large doses of vitamin C, the only clinical side-effect is mild diarrhea and stomach discomfort which can be avoided by starting with a low dose and slowly increasing. Relative to the use of aspirin, vitamin C is much safer!

What is food? – Food contains mostly waste, but the useful parts are called nutrients
What are the basic nutrients from food? - water, protein, fat, carbohydrates, vitamins, minerals, cellulose (a total of approximately 50 kinds) and others.

For centuries, many scientific experiments and medical clinical reports show that there is a variety of unexpected positive effects that occur when trace compounds and elements are taken at a higher dose than the daily recommended amount of the RDA (Recommended Daily Allowance). Molecular nutrition therapy is currently studying how to use these molecules in order to increase the nutrient concentration in the body to fight disease and promote good health.